Barnsley manager Jose Morais is disappointed with the performance of the team in the first half against Middlesbrough. The coach felt the team could have pressed to produce something “extraordinary” against their rivals at the Riverside stadium. 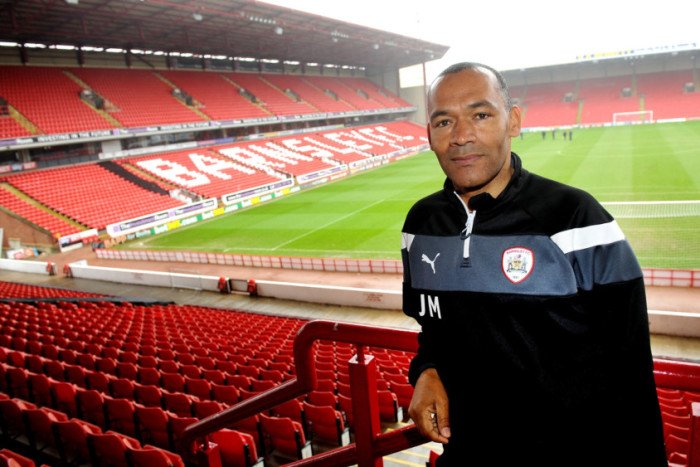 Daniel Ayala scored an early goal to hand Boro an advantage. Adama Traore quickly doubled the advantage to weaken the resolve of Barnsley. The left footed strike in the 17th minute tore into the Tykes game plan and resulted in their eventual 3-1 loss.

Patrick Bamford added gloss with a close range finish but Barnsley pulled on back through Keiffer Moore. The eventual consolation goal proved helpful in resurrecting the hopes of the visitors and they sought to get another and possibly the equalizer. Moore hit the post so Boro had to work hard to stop their rivals from causing an upset.

Whilst the match had been amongst the most hotly aniticipated in the Championship on a ticket website, it sadly didn’t live up to it’s billing in the end – in part because of Barnsley’s poor first half showing.

Portuguese manager Morais said his team failed to control the game in the first half. He admitted that his team struggled with organization and even when they wanted to correct it they just couldn’t. “I wasn’t impressed with the second half, I was surprised with the first half. I believed the team can do what they did in the second half,” he added.

He said the Boro team was a good one, with players experienced in the Premier League. He wanted his side to be “extraordinary” against a good team like Boro but they couldn’t. Morais conceded that there will be other games for the team to prove itself.

The result places Burnley above the relegation zone while Boro are three points ahead of Bristol City.