Barnsley’s away match with Reading has had to be postponed – the Tykes were due to play the Royals in a Championship clash at Madejski Stadium on Tuesday, September 12. However, due to Barnsley’s involvement in the Carabao Cup, the match has had to be rearranged. 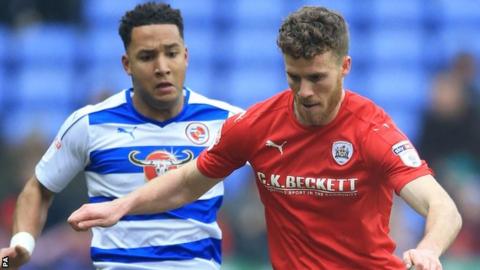 Paul Heckingbottom’s side take on Derby County in the second round of the competition and the game has been scheduled for September 19.

The clash with Royals, therefore, will be played at a later (as yet unconfirmed) date. Tickets already purchased for the game will remain valid for the new rearranged fixture. Any fans who are unable to attend the game will be able to request a refund from the Madejski Stadium ticket office.

An English Football League (EFL) spokesman said: “The EFL would like to apologize to the clubs involved and most importantly the supporters of those teams involved for any inconvenience caused.” Fans of Australian soccer will remember this happened in the A-League too, with the Socceroos news website reporting that the clash between the newly-founded Melbourne City FC and their derby rivals Melbourne Victory having to be shelved because of a similar conflict of fixtures for the cup.

Barnsley expressed their disappointment on Twitter saying that it was disappointed to announce that their home fixture against Barnsley, scheduled for Tuesday 19th September 2017, was postponed and will now be rearranged as quickly as possible.

The one remaining Round Two fixture of this season’s Carabao Cup between Barnsley and Derby County is now to be moved to Tuesday 19 September and that switch requires the rearrangement of the home fixture against the Tykes and the Derby’s league game against Ipswich Town.

However, the need to move the cup tie forward a week is required due to limited flexibility in the fixture schedule, alongside the fact that the winners of the Round Two tie between Barnsley and Derby County have been drawn against Tottenham Hotspur, who have the added complication of playing their home games at Wembley Stadium as well as being involved in the group stages of the Champions League.