Barnsley was able to snatch the 14th spot of the English League Championship which is actually fairly surprising and impressive from the team of Paul Heckingbottom but things will be much more difficult to do in the 2017-18 season. 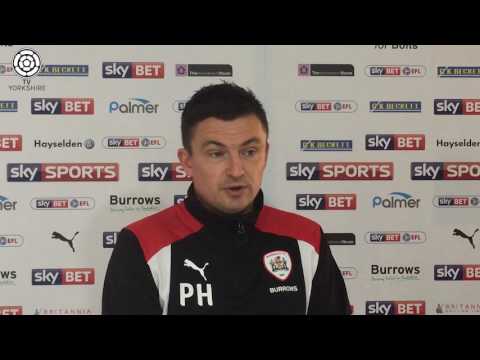 Taking into consideration the fact that many influential figures have made their way out of Oakwell, relegation is appearing to be the destiny for Paul Heckingbottom and his squad.

Andy Yiadom, Marc Roberts, Josh Scowen and Marley Watkins all left Barnsley during the current summer transfer window. These are just a few of the more recognized and key figures of Barnsley, all in all, the total amount of players that have left the club in this summer adds up to 16.

The head coach of Barnsley Paul Heckingbottom has been busy trying to add many figures and has already secured the services of a few but nonetheless, when it comes to Barnsley, they are being heavily predicted of suffering relegation.

The 40 year old English tactician of Barnsley wants and hopes that they don’t suffer and are able to surprise everyone as Heckingbottom said:

¨Everybody was writing us off; as they were last-season. Which we had a team last season where we had been working together for months. Everyone was well-drilled. The big difference this time is we have done a hell of a lot of recruitment and we need a hell of a lot more¨

¨We’ve lost players to League One clubs this summer, that’s what we’re competing with. We know how hard it is for us. It’s pointless just bringing players in because we can afford them; we have to get good players in otherwise we’re letting everybody down. It’s difficult but we have already recruited nine¨