Bristol City striker Louis Britton is on the radar of both Barnsley and Port Vale ahead of the summer transfer window, with the youngster not having his contract extended at Ashton Gate, per BristolLive. 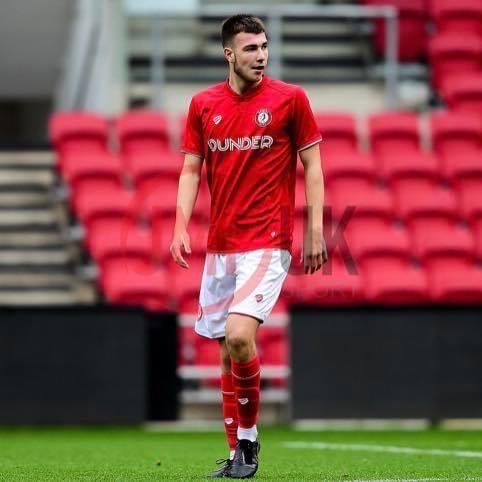 The 21-year-old, who is born and bred in Bristol, will depart the club he signed for in 2019 from non-league Mangotsfield United as they have opted not to keep the forward. Britton is not without suitors though as newly-relegated Barnsley and League Two promotion chasers Port Vale are both interested in bringing him in for the 2022-23 season.

He has only featured once for City in the league, which came on the final day of the 2020-21 season against Brentford and he was able to score his one and only goal for the club in that match as well. Since then though, Nigel Pearson declared that Britton wasn’t ready for regular football in the second tier, and he has since been sent out on loan to League of Ireland side Waterford.

They remain an option for Britton to move to on a permanent basis according to BristolLive, but English clubs will be challenging for his services as well.

It was always going to be a challenge for Britton to make the step up from so far down the English footballing pyramid to be a success at City, and it just hasn’t worked out for him. However he looks to have plenty of potential suitors going into the summer, where he can play the field and see where is best for him.

His four goals in 12 appearances for Waterford will see him attract attention and it’s now a case of putting himself in the shop window. Both Barnsley and Port Vale could be playing in the same league next season though in the third tier, so that is the kind of level you’d expect Britton to end up at for the start of the 2022-23 campaign.